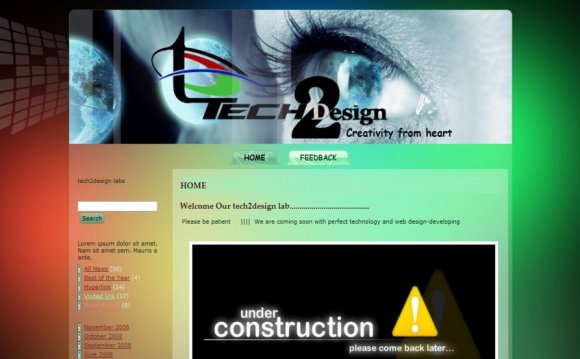 Ever wondered how computer programming works, but haven't done anything more complicated on the web than upload a photo to Facebook?

Then you're in the right place.

To someone who's never coded before, the concept of creating a website from scratch - layout, design, and all - can seem really intimidating. You might be picturing the Harvard students from The Social Network, sitting at their computers with gigantic headphones on and hammering out code, and think to yourself, I could never do that.

Anyone can learn to code, just like anyone can learn a new language. In fact, programming is kind of like speaking a foreign language - which is exactly why they're called programming languages. Each one has its own rules and syntax that need to be learned step by step. Those rules are ways to tell your computer what to do. More specifically, in web programming, they're ways of telling your browsers what to do.

A Brief Intro to Programming Languages

Programming, or coding, is like solving a puzzle. In a human language like French or Arabic, the puzzle might be the translate a sentence perfectly. In programming, the puzzle could be to make a web page look a certain way, or to make an object on the page move.

So, when a web designer is given an end goal like "create a webpage that has this header, this font, these colors, these pictures, and an animated unicorn walking across the screen when users click on this button, " the web designer's job is to take that big idea and break it apart into tiny pieces, and then translate these pieces into instructions that the computer can understand - including putting all these instructions in the correct order or syntax.

Every page on the web that you visit is built using a sequence of separate instructions, one after another. Your browser (Chrome, Firefox, Safari, and so on) is a big actor in translating code into something we can see on our screens and even interact with. It can be easy to forget that code without a browser is just a text file - it's when you put that text file into a browser that the magic happens. When you open a web page, your browser fetches the HTML and other programming languages involved and interprets it.

HTML and CSS are actually not technically programming languages; they're just page structure and style information. But before moving on to JavaScript and other true languages, you need to know the basics of HTML and CSS, as they are on the front end of every web page and application.

In the very early 1990s, HTML was the only language available on the web. Web developers had to painstakingly code static sites, page by page. A lot's changed since then: Now there are many computer programming languages available. In this post, I'll talk about HTML, CSS, and one of the most common programming languages: JavaScript.

Now, let's go over each one individually to help you understand the roles each plays on a website and then we'll cover how they fit together. Let's start with good ol' HTML.

HTML is at the core of every web page, regardless the complexity of a site or number of technologies involved. It's an essential skill for any web professional. It's the starting point for anyone learning how to create content for the web. And, luckily for us, it's surprisingly easy to learn.

Let me show you what I mean. Take a look at the article below. If I were to ask you to label the types of content on the page, you'd probably do pretty well: There's the header at the top, then a subheader below it, the body text, and some images at the bottom followed by a few more bits of text.

Markup languages work in the same way as you just did when you labeled those content types, except they use code to do it - specifically, they use HTML tags, also known as "elements." These tags have pretty intuitive names: Header tags, paragraph tags, image tags, and so on.

For example, the words you're reading right now are part of a paragraph. If I were coding this web page from scratch (instead of using the WYSIWG editor in HubSpot's COS), I would have started this paragraph with an opening paragraph tag:

Once a tag has been opened, all of the content that follows is assumed to be part of that tag until you "close" the tag. When the paragraph ends, I'd put a closing paragraph tag:

. Notice that closing tags look exactly the same as opening tags, except there is a forward slash after the left angle bracket. Here's an example:

This is a paragraph.

To learn more about coding in HTML, I recommend checking out our guide to basic HTML, and using the free classes and resources on codecademy - but for now, let's move on to CSS.

Whereas HTML was the basic structure of your website, CSS is what gives your entire website its style. Those slick colors, interesting fonts, and background images? All thanks to CSS. It affects the entire mood and tone of a web page, making it an incredibly powerful tool - and an important skill for web developers to learn. It's also what allows websites to adapt to different screen sizes and device types.

To show you what CSS does to a website, look at the following two screenshots. The first screenshot is one of my colleague's blog posts in Basic HTML, and the second screenshot is that same blog post with HTML and CSS.

Screenshot with HTML (no CSS):

Notice all the content is still there, but the visual styling isn't. This is what you might see if the style sheet doesn't load on the website, for whatever reason. Now, here's what the same web page looks like with CSS added.

Put simply, CSS is a list of rules that can assign different properties to HTML tags, either specified to single tags, multiple tags, an entire document, or multiple documents. It exists because, as design elements like fonts and colors were developed, web designers had a lot of trouble adapting HTML to these new features.

You see, HTML, developed back in 1990, was not really intended to show any physical formatting information. It was originally meant only to define a document's structural content, like headers versus paragraphs. HTML outgrew these new design features, and CSS was invented and released in 1996: All formatting could be removed from HTML documents and stored in separate CSS (.css) files.

Learn how to design build an CSS website web page with div ...