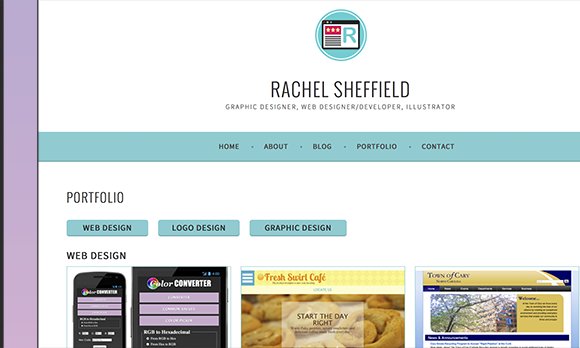 Over the past few years, we’ve been learning how to adapt our layouts to the infinite canvas of the web. Our sites can be viewed on any size screen, at any time, and responsive design is one approach that lets us accommodate the web’s variable shape. But with all of the challenges we’re facing and those yet to come, we need to begin building not just patterns, but principles for responsive design—principles that will allow us to focus not just on layout, but on the quality of our work.

If each part of your responsive interface is more or less self-contained—with its own layout rules, content needs, and breakpoints—then the code behind each element’s design is far less important than thinking carefully about how and why an element should adapt. In other words, how do we move beyond thinking in terms of columns and rows, and start talking about the quality of our responsive designs? And what would frameworks to support that look like?

Honestly, there’s no perfect answer to that question. But recently, a number of designers and organizations have started sharing the vocabulary they use to decide how and when their responsive designs should adapt. Vox Media, for example, thinks of their content as existing within a river—and in keeping with the metaphor, the flow of that content can be interrupted at certain points. Here’s how they describe the front pages of Vox.com:

Content flows around “rocks” and “breakers, ” which are modules such as a “Most Commented” list or a row of “Popular Videos.” Many of these behaviors remain in the new layout system, but the key difference is an added contextual layer. Elements in the river are laid out to better highlight the diversity of content on Vox—articles, features, videos, editorial apps, card stacks, to name a few. Each one displays differently depending on its type and neighboring entries.

Note that the language they use to talk about the quality of their layouts doesn’t revolve around columns or rows. There’s nary a mention of grids. For Vox, the design process begins with content priority and evolves into a layout. By understanding the weight and importance of each piece of content that flows through the river, the Vox team can algorithmically generate a responsive layout that best reflects the importance of the information within it.

As Boulton notes, we historically created grid systems by adopting a “canvas in” method. Working from the edges of a printed page, designers would subdivide a page into a system of columns and rows, and place images and text upon that grid in pleasing, rational arrangements. But the web doesn’t have any such boundary—after all, it’s the first truly fluid design medium. As a result, Boulton argues we should instead adopt a “content out” approach to designing our grids: to build more complex layout systems out from a foundation of small, modular pieces of content. And to do so, Boulton proposes three guiding principles:

By understanding the shape of our content, we can create flexible layouts that support connectedness—not just between related pieces of information, but between our layouts and the device. We can make responsive grid systems that don’t just fit on an ever-increasing number of screens—they’ll feel at home, wherever they’re viewed.

Principles are wonderful, of course, but we still have to find a means of implementing them: of translating those ideals into practical responsive patterns and layouts. For me, that “content out” process begins by looking at the smallest version of a piece of content, then expanding that element until its seams begin to show and it starts to lose its shape. Once that happens, that’s an opportunity to make a change—to introduce a breakpoint that reshapes the element and preserves its integrity.

But first, we need a method of finding an element’s seams, and understanding how it loses its shape. For me, that process begins by looking at four characteristics: width, hierarchy, interaction, and density.

Width might be a little self-evident. As the width of a viewport changes, so does the width of a responsive design. But as the design gets wider or narrower, so will the elements within it, and as those modules expand or contract, there may be opportunities to add a breakpoint.

On her stunning responsive portfolio, Meagan Fisher adjusts the typography of certain elements—not just their layout—as their width expands and contracts.

Width is, I’m sure you’ll agree, the most common characteristic of a responsive design—but it’s not the only one. As the shape of an element changes, the hierarchy of elements may need to change as well.

Let’s take a quick look at a product page on Tattly’s responsive ecommerce site. When viewed on wider screens, the primary content area has two key pieces of information: a photo carousel of the product on the left, and a call to action to purchase the product on the right.

On Tattly’s responsive ecommerce site, the product content is laid out in a pleasing two-column grid on wider screens.

But that’s just one view of this particular part of the design, because as screens get narrower, we lose the ability to place multiple columns side by side. That’s where a question of hierarchy arises: in a single-column layout, which piece of content should appear first? Tattly opted, quite rightly, to lead with photos of the product—but you may answer hierarchy questions differently on your site.

On narrower viewports, the hierarchy of product information shifts from two columns to one.

Hierarchy is generally a reminder to be more vertically aware in our designs. After all, we have min-width and max-width media queries, but can also avail ourselves of min-height and max-height queries more often. I think the navigation menu for the Field Museum beautifully balances vertical and horizontal layouts.

The Field Museum’s responsive navigation, which occupies the height of the design. Below a certain width, the navigation moves to the top of the screen to avoid cropping.

On wider screens, the navigation is anchored to the left edge of the design, and spans the full height of the viewport. You may notice that they’re using the flexible box model, or flexbox, an advanced CSS layout method we’ll look at later in this chapter. But since flexbox allows elements to automatically fill the space available to them, as the menu gets taller or shorter, the navigation elements resize vertically—but below a certain width or height, the menu is placed at the top of the page.

By minding the navigation’s vertical edges, the Field Museum was able to introduce alternate layouts to ensure the content inside their navigation menu was never concealed, obscured, or clipped. In other words, the breakpoints we introduce to our responsive designs aren’t tied to the shape of a device’s screen. Instead, our media queries defend the integrity of the content we’re designing.

The way we interact with an element may change along with the design. Responsive navigation systems are probably the most obvious example of this. As we saw in Chapter 2, menus are often displayed in full at wider breakpoints but concealed at smaller ones, perhaps hidden behind expandable icons or links when space is at a premium.

Karen McGrane’s company site has a traditional-looking navigation at wider breakpoints, but on smaller viewports the user toggles the visibility of the menu. Same links, but a new interaction model. I don’t know from sports, but I know I like SB Nation’s responsive brackets: complex charts on wide screens, but a carousel of match-ups on smaller viewports. Same information, different interaction.

Along with the simplified layout, the brackets are presented as carousels in the smaller view, where real estate is more dear. Each of the four regions for the bracket are a single slide in the carousel, allowing the user to cycle through for details. The information in both visual states is the same, but the interaction model changes.

Finally, the amount of information you’re showing in an element might need to vary over time—in other words, the density of information can change. The Guardian’s feature on the 2015 Oscars is full of examples of this, with responsively designed timelines displaying a significant amount of movie data. Above a certain width, thumbnail images are loaded in, slightly increasing the visual (and informational) density of the timeline.

Benefits of a responsive web design for everyone

Responsive Web Design Tutorial #12 - What Next?